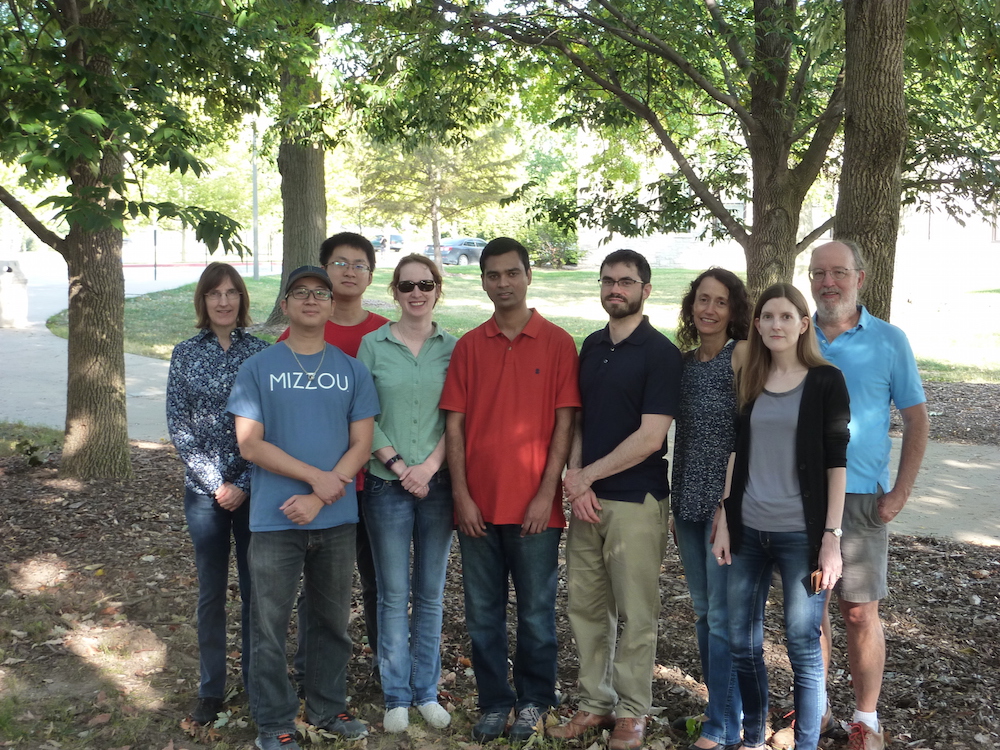 Jack Gardiner joined the Elsik lab in 2016 as a Research Scientist. He earned a B.S. in Biochemistry, an M.S. in Biology, and a Ph.D. in Genetics from the University of Missouri-Columbia, and he was an NIH Postdoctoral Fellow in the Department of Biology at the University of Iowa. His research focuses on Zea mays (maize) genetics and genomics.
Prior to joining Elsik lab, Dr. Gardiner worked in a wide range of capacities from field and laboratory researcher, to NSF project manager. In 2010 he began working for MaizeGDB, the maize genetics and genomics database, as a biocurator with an emphasis in gene expression and epigenetic data. Currently, he is a Biological Data Curator for MaizeMine, MaizeGDB's data mining warehouse, which enables researchers without scripting skills to integrate their data with publicly available data and perform meta-analysis. His role is to identify and recruit high value maize data sets for MaizeMine that best serves the maize research community.

Deborah Triant has been working as a Bioinformatics Research Scientist since joining the lab in 2018. Her background is in wildlife genetics, including both laboratory and field research, with an emphasis on mammalian and insect genomics. In the lab, she assists with data analysis and database testing.

Amy Walsh joined the Elsik Lab in 2019 and works as a developer for the databases and websites in addition to performing system administration tasks. She graduated from James Madison University with a B.S. in Computer Science and Mathematics and earned an M.S. in Computer Science and a Ph.D. in Mathematics from the University of Connecticut. Prior to joining the lab, she worked as an Applied Research Mathematician for the Department of Defense and a Database Programmer/Analyst for the Missouri Transect project at the University of Missouri.

Hung Nguyen joined the Elsik lab in 2015 as a doctoral student in Bioinformatics. His research interests are the characteristics and evolution of the bee's genome. Hung earned a B.S. in Crop Science from the Vietnam National University of Agriculture.